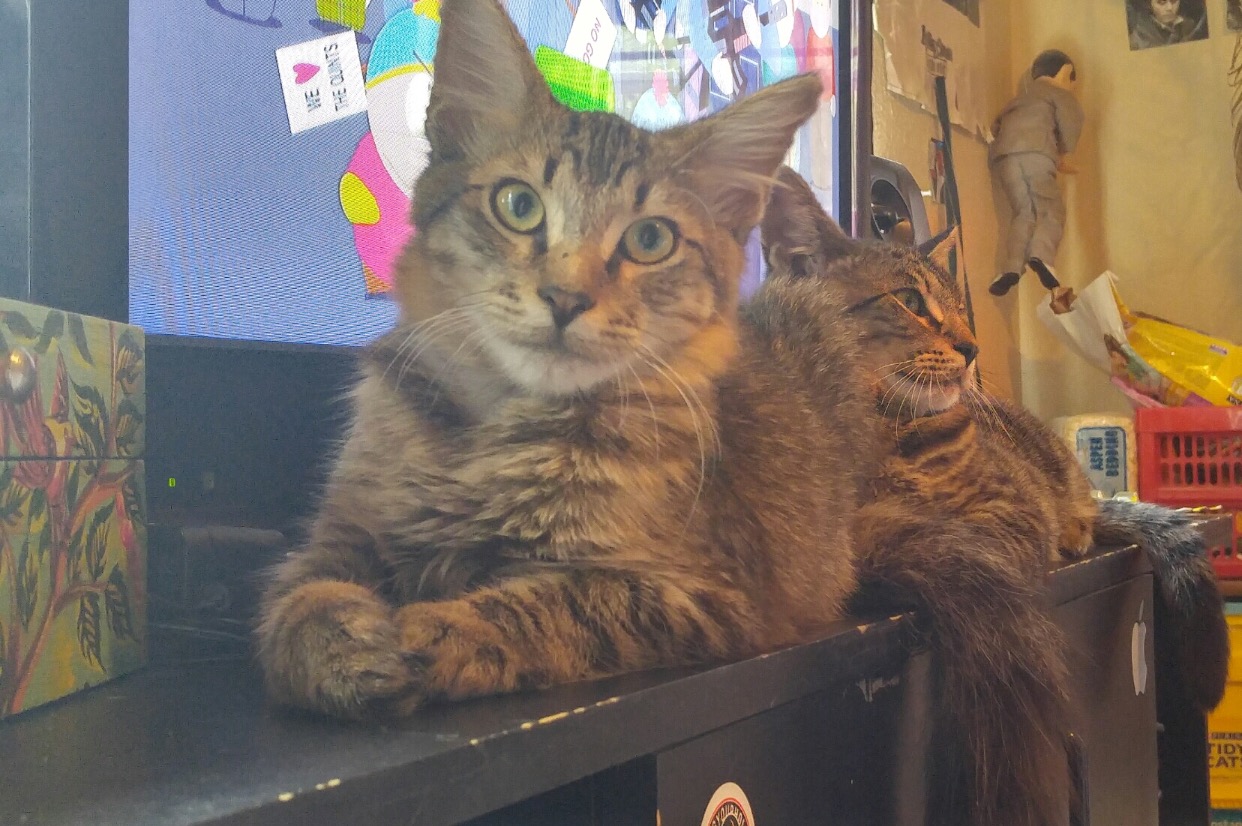 As any of you may know, I have three cats, two are kitties, the other is the mama. Well, my little man Theodore decided he wasn’t going to feel well when I got off of work on Friday (08/28/15). I mistook him acting weird as a sign of a belly ache (kittens get those sometimes) and went ahead with my plans to sleep at my fiancé’s parents house (we still live with our parents so we move back and forth). Well. Saturday comes around and we go check on the furbabies.

Let me tell y’all, Theodore Meowsevelt looked so horrible. He was so lethargic, not eating or drinking and he just kept vomiting. Everywhere.

Needless to say we stayed with him and attempted to nurse him back to hydration but he just wouldn’t do it. My fuzzy monster was not acting like himself at all.

We called the emergency vet and they said to try everything that was on the Internet (flavored water, tuna, wet food) and we tried. He wouldn’t drink. He wouldn’t eat. He didn’t even sleep with us. He just stayed by the door while his brother Patrick groomed him and napped with him.

Around Sunday night my boy started drinking the tuna flavored water and he even went to the bathroom! Things were slowly starting to look up, but he still wouldn’t eat or play around; then the baby decided to spit up a hairball and eat it! Nasty boy. We figured that would be the problem right then, so we decided to take him in.

Monday morning we took him in to the vet with a “walk-in” appointment ($33). The first step was to weigh him, he was a whopping 4.9 pounds. Then they took his temperature before the vet came in. Well, as any pet owner knows, they put the thermometer in his butt and he started PURRING. Oh my gosh, the nurse was laughing and Cody and I couldn’t help ourselves because we always call him gay for sleeping with his brother (we’re not against gays or anything before any of y’all start hating). His temperature was 100.3.

The vet came in and felt around his tummy. He said there was a hard mass about 2×2 in width and about 4 inches in length (which was the size of the hairball he spit up).

Well, the vet gave us three options.
1) go with the laxatives
2) do barium tests
3) the exploratory surgery

The only logical thing to do was the surgery. So we signed up for a CareCredit card and admitted him.

We left him in the vets hands and went back home.

A couple hours later the nurse calls with a bad ultimatum, she said that we could either pay more to get him fixed or put him down. We chose the first option even with the 50/50 mortality rate, because that’s my little man and I couldn’t lose him.

I checked my phone every hour, hoping to not get the bad call.

One hour went by..

Theodore was out of surgery and sleepy, they said we had to keep him overnight to make sure he goes potty and is still healthy.

I still waited for that call that something was wrong or that we could get him.

Well, hours went by until I could fall asleep.

The next day, we called and they said Theodore was awake and healthy! I could go get my boy at 3pm!

3pm came and sure enough Theo was acting like himself, he was up and bumping against the little carrier for attention. My little man was back to being himself.

We took him home and he ate more than what the vet thought he would and he slept with me for a couple of hours until Cody got home.

Today he’s just as hyper with a little bit more weight on him and he’s a happy growing grandkitten!

One thought on “A Matter Of Four Days ”