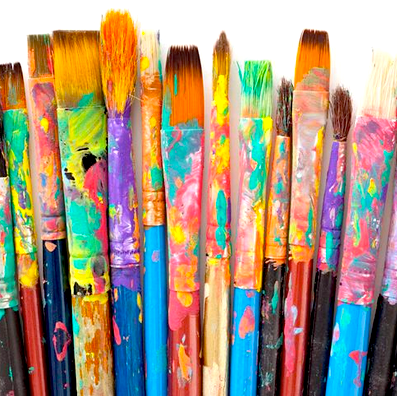 Writing is an art.

As Lakoff and Johnson state in Metaphors We  Live By, life, in general, is a concept. It’s a concept that we cannot understand because it is not obvious (Lakoff). However, it’s up to us on how we choose to live that concept. Sure, it’s easy to dissect and evaluate your own life, but there always seems to be an underlying meaning behind it all. The simple four-word sentence I wrote above could be dissected in a number of ways, so here I am to do just that with help from the aforementioned book.

When anyone asks what I do, the first word that comes to mind is “writer.” Yet, it used to be “artist.” I often wonder why it can’t be both. Writing is an art. It’s a form of expression and it leads to a result you’re proud of; even though you’ll always be your worst critic. After all, writing is never perfect and neither is art.

In Metaphors We Live By, they used the metaphor “argument is war” as an example. They said that if we were to change “war” to “dance” we would view arguments differently (Lakoff).  When I think about war, the first words that come to mind are strategies, defense techniques, artillery, military, treaties, and foreign countries (unless it’s a civil war). When I think about arguments, the first words to come to mind are defensive,  close-minded, social media, debating, and a resolution. By combining the two, it makes the word argument out to be this horrid thing when in fact, it can be eye-opening. However, would comparing an argument to a dance make arguing come off as any less evasive? Yes, yes it would, but would it make the statement about an argument being similar to war any less true? No, it would only lighten the load a little.

Well, let’s get back to the original metaphor at hand. “Writing is an art.” When we take the two contents of the metaphor; writing and art, what do you get?

Personally, when I think about writing, I think about pens, pencils, laptops, BlueTooth keyboards, and notebooks. Coincidentally, art involves most of those things too. When you write, the whole point is to put your voice on a page. When you draw you’re putting your personal view of things on a page. No artists are the same, they merely contain different mediums or styles, just like writers do. Except in the writing world, we call our styles our, well, styles and we call our mediums fonts.

Putting a pen to paper, a brush to a canvas, or your fingers on a keyboard are all similar. They all do one thing: express the style of the person behind it.

As a writer, I feel it’s important to consider writing as an art. It’s not just a task you set out to do just because you’re assigned a paper or have to write a resume for a job. Writing is another form of expressing yourself, as I stated several times above, therefore, it is an art regardless. While you read you can create your own versions of the stories you read in your head. You create the images, but the writer creates the imagery. The mind is such a crazy, imaginative, and wonderful thing and when you express yourself, it’s even better.

Lakoff, George, and Mark Johnson. Metaphors We Live By. Univ. of Chicago Press, 2011.